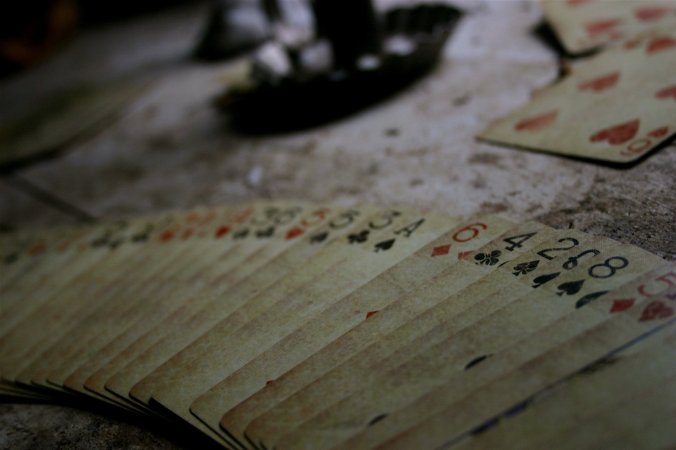 INSPIRATION:  Deal, along with a few other tracks off the first half of Shadowlands, was originally written as potential material for an Americana folk-rock band some friends & I attempted to establish in the mid/late 00’s.  Writing specifically within the milieu of country-western & roots rock genres made it that much easier to willingly do-si-do down into the Americana rabbit hole.  & while nothing much ever came of our little revival rock dry run, I ultimately emerged from the proverbial whiskey-soaked Wonderland with a pocketful of folk tunes & a hankerin’ to continue writing ‘em… or so the story goes.

INSIGHT:  The journey a folk song will take from its intimate inception to its eventual recorded studio version can often be rather drastic.  By the time you track drums, bass, auxiliary instrumentation, keys, & backing vocals, what began as a minimal expression quickly builds into a layered orchestration.  This was the case for many of the songs on Shadowlands, though not for Deal.   I had always envisioned the studio version adhering to a traditional country-western mix; rustic steel-string acoustics, shimmery Telecaster vibratos, soaring tonewheel organ, cool upright bass, warm brush kit, clean vocals with natural room reverb, etc.  What I hadn’t expected was to incorporate structural space for a righteous piano solo, courtesy of mastermind Matthew Smith?!  He reached down & pulled that one deep out of the Summerteeth era Wilco wilderness – totally sells the tune.  I can’t image the arrangement now without it.